Stepping foot in Egypt and immersing in the Egyptian culture was a dream come true. I definitely had a lot of ups and downs during my 2 weeks in Egypt, mainly UPs though.

My plane landed around 11 pm in Alexandria, this airport was pretty small with NO WiFi and my phone was on less than 5% of charge. Once I arrived at the airport, immediately I was trying to look for an outlet, but I couldn’t find one anywhere. In my mind I’m thinking that it’s 2018 and this airport does not have outlets nor WiFi. #Firstworldproblems right? Across from the street from the airport, I seen a lot of people waiting, I went out there thinking that my couchsurfing host would be out there. I knew that he wouldn’t have trouble spotting me if he did see me because I was the only black person there. Ten minutes went by and nobody approached me. Before my phone died, I decided to quickly write down my host’s number. Luckily I did because seconds later my phone was dead. I looked around for the most friendliest face and seen this one guy, I went up to him and kindly ask him to use his phone. He was really nice about it, didn’t really speak much English, but his polite gestures and smile showed me that he wasn’t annoyed by this confused foreigner asking to use his personal property. I called my host Abdulrahman and thank God he picked up and told me that he was a few minutes away. A few minutes later Abdulrahman showed up with his friend and I was soooo happy. It was such an amazing feeling because I felt so stranded due to not having an address, no WiFi, didn’t know the language, had no Egyptian pounds, and had a dead phone. So seeing Abdulrahman was awesome. He took me to his car and helped me put my bags in the trunk and I just sat in the back seat feeling so thankful that I had a local helping me. Couchsurfing is an amazing experience and I highly recommend it to my fellow travelers. It’s not about saving money, it’s having a support system in a country where you are not really familiarize with the land, culture, and people.

The first night I had an entire apartment to myself with a lovely view of the sea. The only problem was that there wasn’t any WiFi at his place, luckily before Abdulrahman left, he let me connect to his Hotspot and I was able to contact people back home to notify them that I was safe.  I woke up the next morning like “OMG! I CAN’T BELIEVE THAT I AM ACTUALLY IN AFRICA”.

It was such a phenomenal feeling because I was actually in the motherland. HMMM but Egypt is definitely not the “mother land” though, it used to be  hahaha. It was definitely rare seeing another black person in Alexandria during my stay there. I was walking around looking for them like:

Looking for Black people in Alexandria.

When I seen that one black person while traveling.

Nonetheless, here is how my first few days went in Alexandria.

Day 1: I decided to be super productive, woke up early, got some pounds out of the ATM, and went to go get breakfast/lunch. Most of the restaurants were Americanize, so please don’t judge me for getting mozzarella sticks and french fries with “cheese”. There was nothing really healthy on the list and all the other items had some sort of meat in it. #vegetarian

Luckily the restaurant that I went to had WiFi, so the whole time I was messaging Abdulrahman asking him for information on the Citadel. IMPORTANT: USE AN UBER IN ALEXANDRIA! I used an Uber to get to the Citadel and it was about 17.22 EGP. Basically 1 USD. Uber is a lot better because the taxi drivers will overcharge you because they obviously know that you are a foreigner.

Finally, I got to the  Citadel, it was super inexpensive to get in, it was 20 Egyptian pounds which is equivalent to $1.13. I used my student card, but without the student card it’s still cheap, 40 EGP.

The citadel was beautiful and it was such a lovely day too. There were lots of times where kids would come up to me and ask for a selfie, but I politely told them to get away.  At one point I ask them to take a picture and they would shyly run away lol. The only visitors that seemed to be there were the locals, I didn’t really see any other nationalities there.

This boy asking for a selfie.

I made this little girl pose for me after I denied her taking a picture with me haha.

One thing about solo traveling is not having a personal photographer though aha. Sometimes I tend to be shy and it takes me awhile to ask a stranger to do it.

A little history about this amazing fortress was that the Citadel of Qaitbay was considered one of the most important defensive strongholds for Egypt and the Mediterranean Sea Coast. It was kind of cool being able to stand at the same spots where the archers actually stood to defend the gates of Alexandria.

The Citadel was built on the exact site of one of the Seven Wonders of the Ancient World; the Lighthouse of Alexandria. Some of the actual stones and bricks from the lighthouse were used to build the Citadel. Talk about recycling! After an earthquake in the 11th Century, the lighthouse was repaired and continued to function.

Let there be LIGHT!

After another quake in the 14th Century, the lighthouse was destroyed completely. In 1480 A.D. The Mameluk Sultan Al-Ashraf Qaitbay built and fortified the buliding to serve as a costal defense against the Turkish. The Sultan built the castle and put a mosque inside. Sultan Qaitbay ruled for about 29 years.

The fort was neglected and sat in ruin until 1904, when King Farouk wanted to turn it into a royal palace for himself. He basically wanted to create a man cave. #typicalmen In 1952, the Egyptian Navy turned the fort into a Maritime Museum. Most of the restoration took place in 1984. 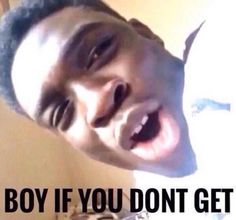 I stayed here for maybe 2 hours, which is a long time, but the time flew. I spent my time walking around and taking it all in.

I even went inside the fort and the structure was very interesting and unique to explore.

It was a bit crowded inside, hope that you are not claustrophobic!

Qaitbay Citadel is a great place to get some magnificent views of the Mediterranean Sea! Make sure you read the history of the citadel before you actually go because there were no tour guides or pamphlets available.

On my way out of the Citadel, I thought that it was going to be difficult to get a taxi since I didn’t have a SIM card nor did I have any access to WiFi to call an Uber. Luckily I saw a few Africans getting out of a car and they were so nice to let me use their driver to quickly take me to the Alexandria library, which was a 7 minute drive away.

Next blog post will talk about the amazing Alexandria library and the best way to travel from Alexandria to Cairo. Salem 🙂

Who is Hulda Destin?